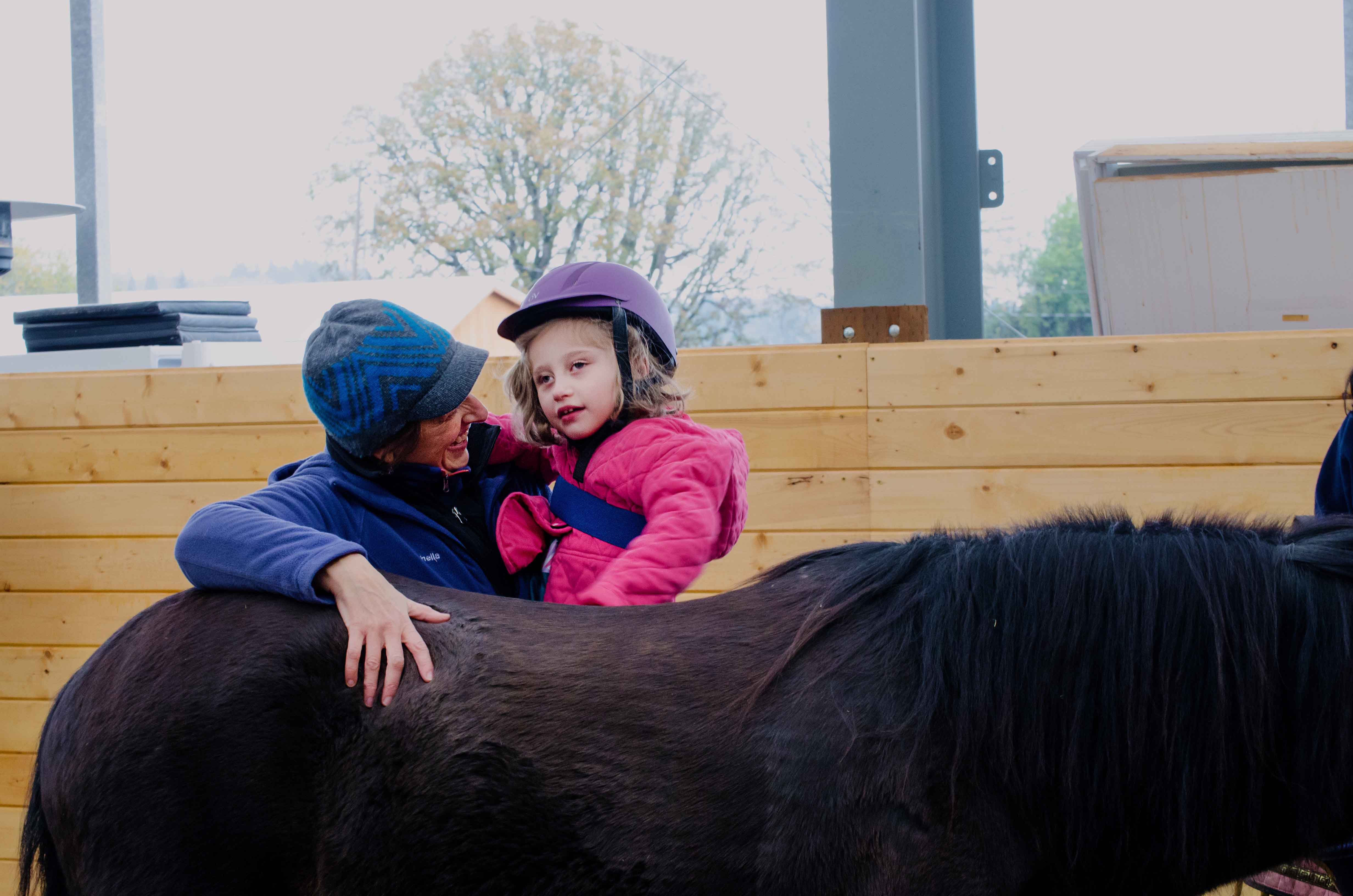 When baby Hannah wouldn’t roll over like her twin could, parents Chad and Lisa realized that she was on a different path. Hannah was soon diagnosed with Cerebral Palsy, Developmental Delay, and Epilepsy.

Before having children, Chad and Lisa dreamed of being able to travel and experience things like Disneyland, going to the beach, or Hawaii. When they discovered Hannah’s condition those dreams were challenged. They had to focus on dedicating their lives to Hannah and finding therapeutic modalities that would be successful for her.

Immediately after her diagnosis they put Hannah into physical therapy. This only lasted for two weeks before it became clear that traditional therapy was not working for her. Hannah’s parents researched other types of therapies and found a modality called Neuro Movement, Anat Baniel Method (ABM). Hannah’s trajectory changed and she began to develop body awareness.

Despite this success, Hannah still struggled with communication and trunk control. She was unable to verbalize what she wanted or didn’t want, and sitting up for long periods of time was difficult. A community friend suggested Chad and Lisa look into therapeutic riding to complement ABM, which led them to Forward Stride. As soon as Hannah was old enough, she started physical therapy sessions with Sheila and therapy pony Pippin.

Shortly after starting to work with Sheila and Pippin, Hannah started to show significant improvements. She started to talk more and had more awareness of her body in space. The most exciting thing for Hannah’s parents was seeing her move her spine and be able to control her torso movement. Twisting her trunk while sitting was not something she could do prior to riding Pippin. 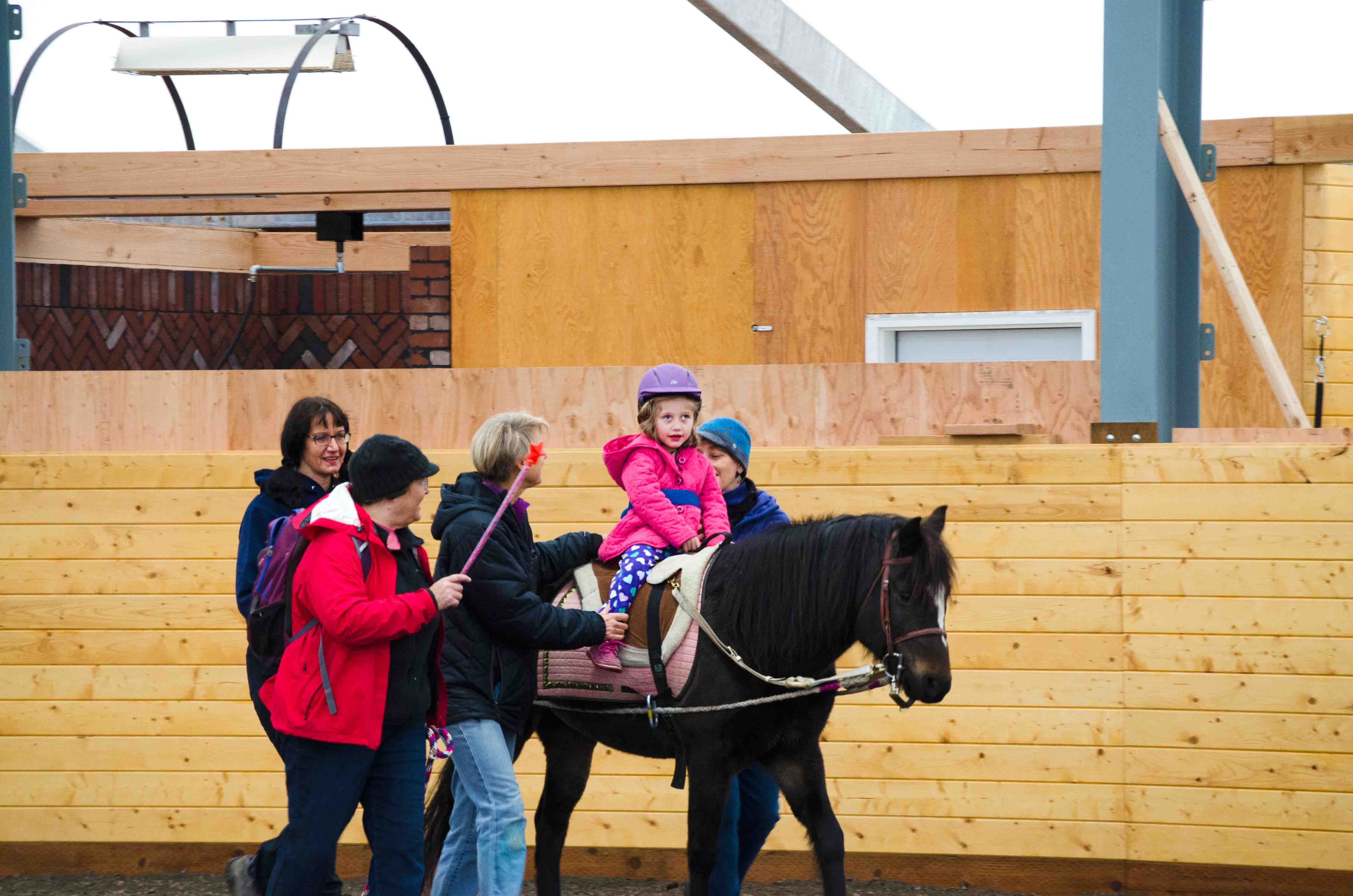 Now at five years old, three years after starting therapy at Forward Stride, Hannah is able to say “hello” to her horse, sit up on Pippin’s back for a whole session, and correct her balance if she starts to lean to one side. She has developed a special bond with Pippin and enjoys coming to her therapy sessions each week as can be seen by her enthusiastic “go” when she is ready to initiate actions for herself.

Lisa and Chad are thrilled with the progress Hannah is making. They look forward to seeing Hannah graduate from the Rehabilitation Services program and move into the Riding Program at some point in the future. They are now able to see a future where Hannah will be able to participate in hobbies and recreational activities, go on family bike rides, and even ride a motorcycle with her Dad. Most excitingly, the accomplishments Hannah has achieved thanks to Pippin, Sheila, and the community of Forward Stride, is giving Chad and Lisa back their dreams of travelling with their family. 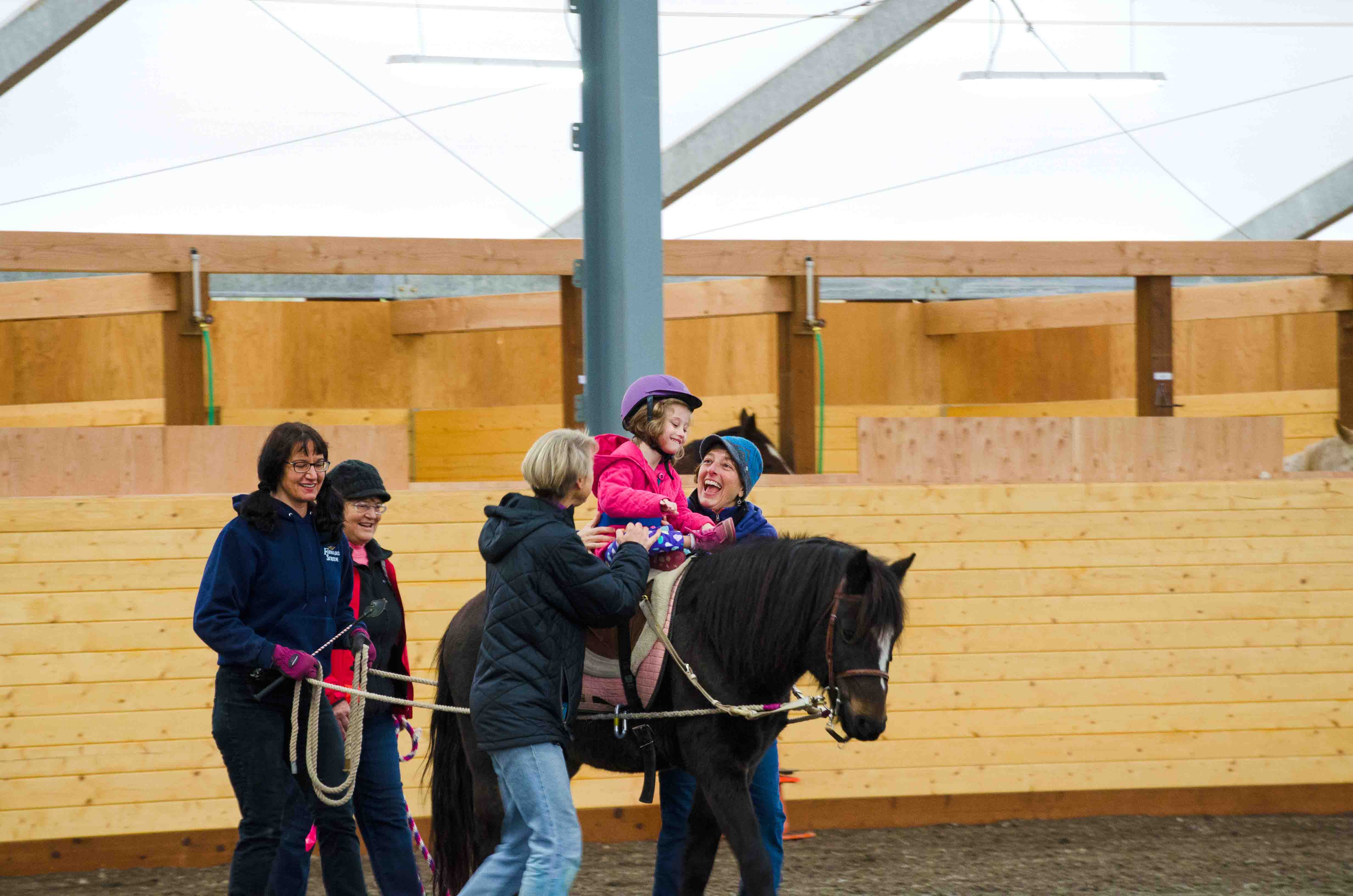 Hannah’s accomplishments would be impossible without the support of community members like you. Thanks to our community, dreams are coming true at Forward Stride.

Please consider making a donation today to help individuals like Hannah and her family realize their dreams.