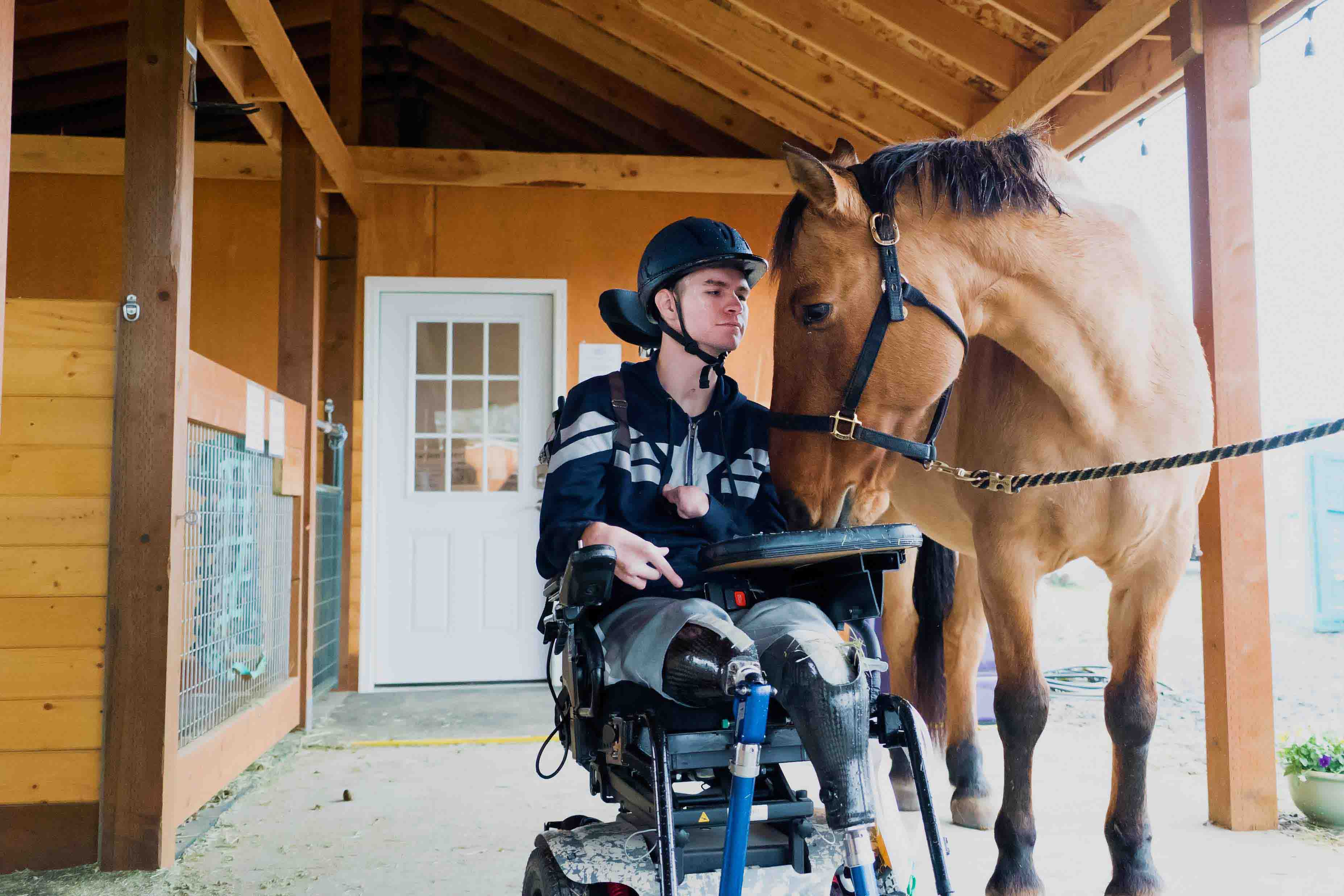 Walking, eating, and sitting up are all things we as humans take for granted. Imagine that all of your independence and ability to meet your own basic needs are taken away from you.

In 2012 this became Alex’s reality. While on patrol in the US Army, stationed in Afghanistan, a hidden Improvised Explosive Device (IED) detonated under Alex’s feet. Although Alex was lucky to be alive, he lost both his legs, three fingers, and suffered a traumatic brain injury. After Alex’s tragedy, he was transferred to the VA Palo Alto for 9 ½ months and then transferred to Learning Services in Southern California for two years.

During Alex’s time at Learning Services, he started working with horses as recreational therapy. Once a week Alex would spend time at a local stable to see and groom the horses. Alex immediately fell in love with these big-hearted creatures and found a state of calm and relaxation around them.

In 2014, Alex moved back to Milwaukie, Oregon. Alex’s wife, Kim, immediately searched for a therapeutic riding stable where Alex could continue his therapy and hopefully ride a horse one day. Alex spent over a year at Sycamore Lane and then started at Forward Stride in August 2017 working with Sheila, a licensed Physical Therapist and our Director of Rehabilitation Services.

When asked about Alex’s progress since starting at Forward Stride, Kim replied, “We have seen more physical therapy done than at previous facilities. Sheila is amazing and works with him off the horse and she is not going to put him up there until he is ready. After only a couple months, Alex is starting to sit up more and his posture is much better.” 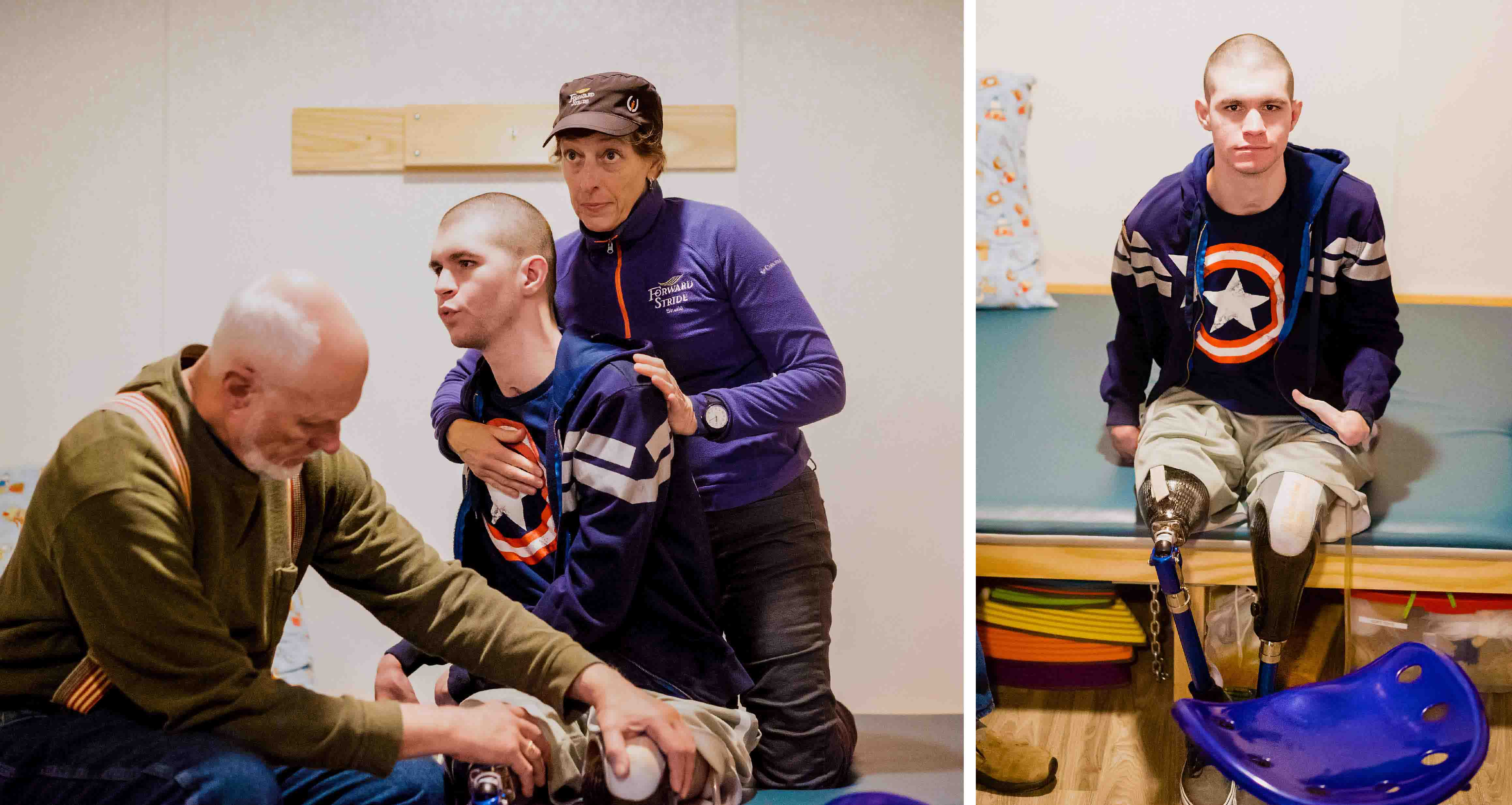 In November 2017, Alex met a record. Alex sat up by himself for 57 minutes. For Alex, this makes him feel incredibly proud. Looking back five years ago, Alex could never picture himself in this place. Through his physical therapy, Alex is confident his dreams will become a reality. Alex hopes to have kids one day and be able to take walks with them and care for them. His mother has challenged him to do a marathon with her when he can walk again. Kim and Alex hope to have their own farm with horses and many other animals. Alex cannot wait to ride a horse without any help and care for all of his future animals himself.

When asked about her feelings towards Alex’s accomplishments, Kim replied, “It is amazing to watch. It is a miracle. Very proud to see how far he has come.” 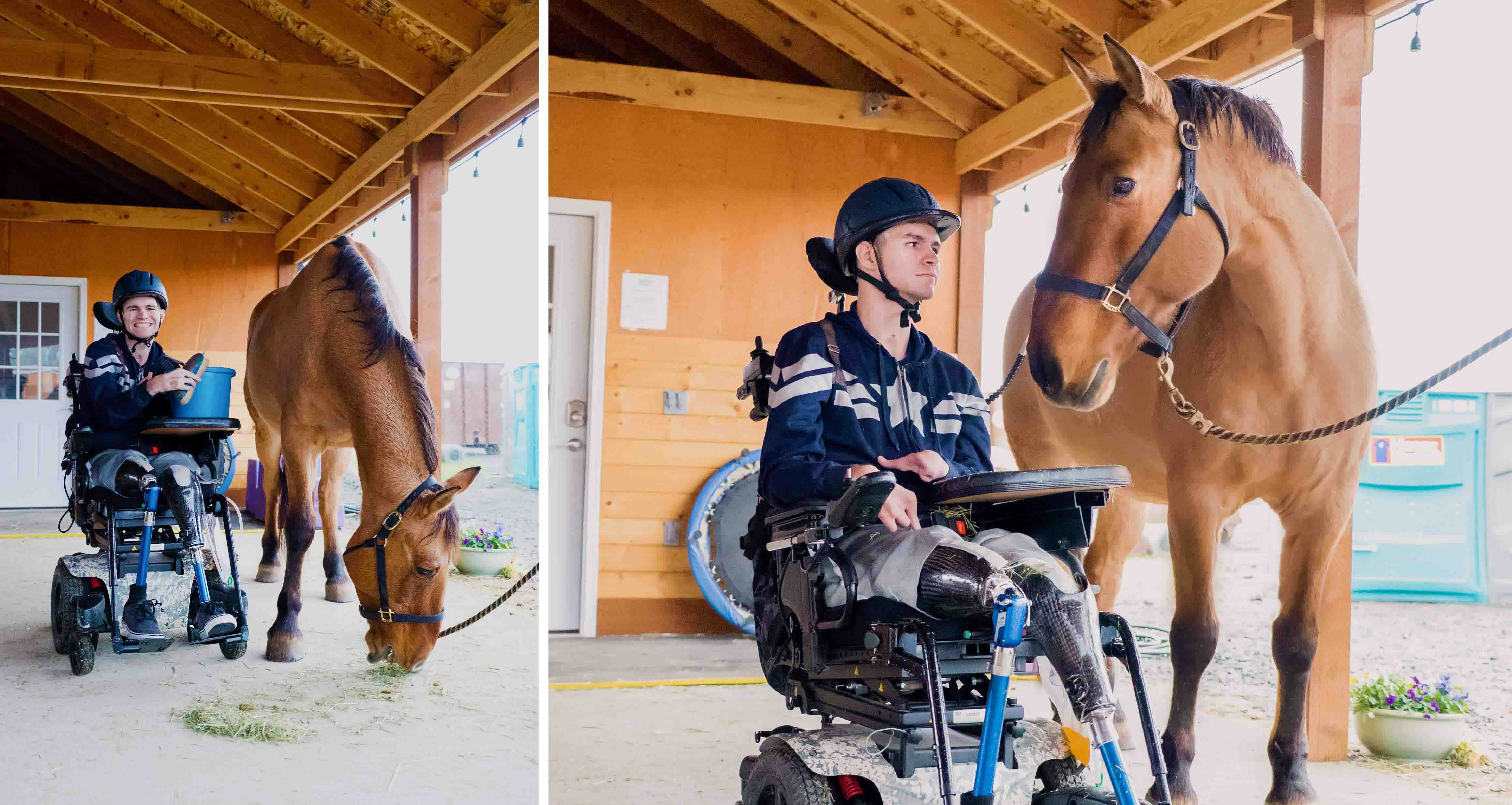 It is your support that helps veterans like Alex continue to grow and heal through the services provided at Forward Stride. Your donations make a huge impact on the lives of others. Many of the veterans at Forward Stride rely on scholarship programs to receive our services.